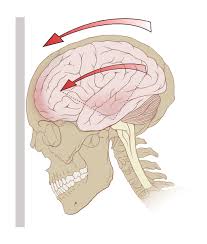 Concussions can afflict anyone who has experienced brain trauma as a result of a sudden and heavy blow to the head, such as those commonly sustained at the moment of a car accident. Traffic collisions are the culprit for many kinds of head injuries, and a concussion is oftentimes the result of the impact forces commonly experienced during a crash.

Although the cerebrospinal fluid surrounding the brain is meant to cushion it from mild trauma, more severe injuries may not be absorbed. As a result, the brain is subject to a moderate to high degree of injury. More often than not, though, those who sustain a concussion recover fully and swiftly, despite the frightening nature of receiving any kind of head injury. However, it is vitally important to understand the symptoms associated with a concussion.

Although concussions do not always result in one losing consciousness, they can nonetheless be a concerning and stressful symptom. Loss of consciousness related to a concussion may last anywhere between a few moments and a few minutes, most frequently lasting only seconds before one recovers awareness. However, even brief unconsciousness should be taken seriously and seeking emergency medical attention is strongly recommended.

Perhaps the most frequently-experienced symptom of a concussion, headaches are a sign that a head injury has been sustained. Although a headache post-injury does not necessarily signify a concussion, it is a common sign that can help point to a concussion as a possible explanation.

Post-traumatic headaches are oftentimes mild to moderate in severity, and may even go unrecognized as a potential indicator of a concussion. However, sessions of more severe headaches may occur, leading to throbbing pain in one side of the head with sharpness identical to that of a migraine.

After suffering a concussion, an individual may experience a state of confusion as a result of the traumatic brain injury. Additionally, one may forget the discussion at hand, absently stare, and be sluggish in replying to orders or questions.

Interestingly enough, anterograde amnesia — the condition of being unable to create new memories following an incident of brain trauma — may affect the injured, but may not actually develop until several hours after the incident (or in cases of vehicle collisions, the accident). Confusion can first develop many hours after the injury, allowing one to carry out complicated tasks despite their concussive state. For this reason, a football player may be able to successfully lead his team and perform complex mental tasks after suffering a moderate or acute concussive injury during a game, but then forget the events of the game the next day. Similarly, a driver who receives a concussion during a traffic collision could continue operating his or her vehicle after the accident with little evidence of any immediate cognitive deficits.

An individual that sustains a concussion may experience nausea and uneasiness that could intensify to include vomiting. An increasing tendency to vomit several hours after injury could indicate a severe concussion, requiring sufficient bed-rest and examination by a physician. The nausea may be treated by over-the-counter medications such as dimenhydrinate — otherwise known by the brand names Dramamine, Gravamin, and Vomex.

One’s style of speech may become abnormal after sustaining a concussion. They may ask the same question multiple times, may respond to others in an atypical manner, and even have garbled or slurred speech. Paying attention to any incoherency and unusual speech patterns is a straightforward way of detecting a concussion.

Impairment in vision is a key sign in the identification of concussion, even for those who do not overtly display any other common symptoms after a traumatic brain injury. A concussion commonly affects the pathways leading to the visual cortex and portions of the brain, hindering one’s visual system and temporarily weakening one’s eyesight; one may also experience double vision, blurriness, and sensitivity to lights after such brain trauma.

Recent studies have discovered that a simple vision examination — known as the King-Devick (K-D) test — can help in the detection of concussions immediately following an injury. The test, which involves reading numbers from a screen as fast as possible, has even proven effective in sports programs around the nation in improving concussion identification rates. A King-Devick Test Baseline may be determined by taking the test online in less than five minutes at http://www.kingdevicktest.com/for-concussions/Baseline-Now/.

Of course, we all become emotional from time to time. Following a head injury, however, displaying emotions that do not quite match the situation at hand can be a troubling sign of a concussion. Crankiness, irritability, disinhibition, or outbursts during situations that do not typically warrant such emotional responses may point to one’s concussive state as a possible reason. In these instances, compassion and understanding is duly required from family members for the resultant mood swings of their loved ones.

Motor coordination and physical balance are easily-identifiable marks of a steady mind that is unimpaired from the problems associated with brain trauma, such as disorientation. Lack of motor coordination, difficulty balancing, and dizziness following injury are strong signs of disorientation linked to a concussion. Sudden difficulty in maintaining balance and proper motor skills may indicate damage to the cerebellum resulting from a concussive head injury.

Ringing ears, otherwise known as tinnitus, is a common symptom associated with concussions. Tinnitus sufferers report experiencing a ringing sound in one or both ears that interferes with their ability to sleep or concentrate. For some, the condition may be more severe at certain times of the day, and can last up to years after the traumatic brain injury, making it a particularly distressing symptom for those afflicted.

Loss of smell and/or taste

Concussions, along with a myriad of other conditions resulting from minor brain trauma, may bring about anosmia — the loss of ability to taste or smell. An improperly-functioning olfaction is generally temporary in nature, but can become permanent in acute cases. A sudden diminishment in one’s ability to taste or smell following head injury can be a sure sign of a concussion.