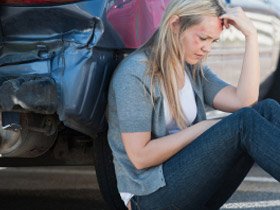 When accidents happen, they can be dangerous. For the lucky ones, they may escape with little or no injuries. The not-so-lucky victims can sustain severe injuries or even suffer fatalities. The point is that accidents can change your life in an instant.

You could go from being a well to do corporate exec to living on disability checks. No one likes or even wants this. So, why not just avoid it altogether. The first step to avoiding any accident is to know what the common causes of accidents are and then avoid them as much as possible.

This is responsible for at least 1.6 million crashes and over thirty-five thousand deaths annually. Distracted driving can be caused by phone calls – even if you are using a hands-free device – texting, having an animated conversation, looking for stuff in the dashboard, applying makeups, or trying to pick something off the floor off the car. As much as possible, avoid anything that will make you distracted when you’re driving your car.

This happens when a driver has not had enough sleep. It is pretty common among long distance and professional drivers. Sleeping behind the wheels is clearly dangerous and should be avoided at all costs. If you are feeling tired, just pull over by the side of the road or get to a rest area or truck stop and grab a few hours of sleep. Pushing yourself when you are obviously tired, even with the help of caffeine, probably won’t help.

This is responsible for a significant number of rear-end collisions. Always makes sure that there’s enough distance between your car and the one in front of you. That way, if they brake suddenly or make any sudden turns, you’ll have enough time to react and avoid any accidents.

This is the principal cause of car accidents on the highway and within the city. Cars speeding well over the limit on the highways and expressways in particular are often a common sight. If you or anyone notices a car speeding excessively, call 911 and report the car.

That way, they can have highway patrol officers on the lookout for such cars. Even if they get by you and you are not involved in any accident, they could get involved in an accident with another car. Drivers like that are accidents waiting to happen and are hazards to every road user.

Driving drunk or under the influence of any drug is highly risky. It is one of the major causes of vehicular accidents all over the world. It’s clear that drugs and alcohol impair your judgment. In fact, it is often explicitly stated that you should not operate any heavy machinery (this includes even the smallest car models) whilst under any influence or taking any drugs that can impair your judgment. So, as much as possible, if you’ve been drinking or taking any drugs – antihistamines and antidepressants inclusive – leave the driving to someone else or get a cab.

When people drive carelessly and without regard for other road users, they are likely to cause an accident in the future. Tailgating, suddenly changing lanes and road rage are clear indicators of reckless driving. If you come in contact with people like that, best avoid them.

Usually people who drive recklessly are under the influence, are fleeing somewhere or something or have been involved in something criminal. So, you might want to call the police so they’ll pull the individual off the road.

Running red lights and stop signs is clearly dangerous particularly when the road is busy. This is one of the quickest ways to get in an accident. So, no matter how much you need to get to where you are going, you should always stop wherever there’s a stop sign or red light. Running through will most likely get you T-boned.

Other major causes of vehicular accidents include rain and snow (which typically result in poor visibility and slippery roads), inexperienced teenagers and road users, sudden lane changes and driving at night.

Avoid all these as much as possible, and you’ll be safe. In the event of an accident that is no fault of yours’ get in touch with a vehicle accident and personal injury lawyer who will advise you on what you need to do to get maximum compensation.