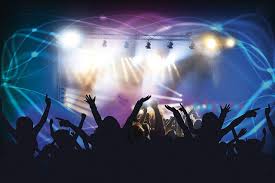 Often lawsuits are clear cut. It is immediately clear who the responsible party is, or at the very least the lawsuit almost certainly involves just the two parties to begin with. However, now and then you do come across situations where finding out exactly who is responsible isn’t quite as obvious. Sometimes this is because it is not certain whether the accident was your fault or the other party’s. Occasionally though, the confusion arises as a result of the involvement of a third party. Case in point: if you are attacked at a concert, is the concert’s organizer liable or not?

Ultimately this depends entirely on the circumstances of the incident. This will require a fair bit of sleuth work and investigation on your part as you’ll need to present a solid case if you want any court action to be successful.

First, start off with yourself. Did you instigate the attack? Concerts can be rowdy places, and usually one where much alcohol is consumed. All the excitement and drink can inflame passions, and it is sometimes easy to incite an attack inadvertently by doing or saying something provocative. By no means are we trying to blame the victim, of course, but it is important to ensure that you cannot be held to fault by the concert organizers through evidence of your provocation. If you are certain you cannot be shown as responsible for the attack, you can look at the person who attacked you.

In most cases, if you are assaulted and suffer injury it is the person who attacked you who tends to be liable for damages. After all, they are the ones who threw the punch. If you have witnesses who can verify this, even better. You have a solid case to take them to court with, and you’ll be able to sue them for any medical costs as well as your trouble.

However, what if you cannot, for whatever reason, bring that person to court? Could the concert organizer be liable?

To answer this question, you need to take a long hard look at what exactly the event organizer did, or did not do, in the events surrounding the attack. For the organizer to be held accountable, you need to be able to show that they were responsible for the build-up to the assault or neglected to take action for activity building up to an assault. For example, did the organizers poorly regulate the amount of alcohol being consumed or brought into the concert? Did the person who attacked you already have clashes with other attendees, to which the concert did not take appropriate steps to prevent? If the concert was supposed to be private and invite only, was the offending party someone who managed to slip past security?

Questions like these can help you work out for yourself whether or not you have a case. If you do, you can hold the show organizers liable in court, and possibly receive a settlement from them to help ease your suffering.

If ever you are uncertain who exactly is to blame in such an incident, you can always seek out professional help. Legal consultation is available on all cases, whether it is examining how solid your evidence is to informing you of certain laws and ordinances that may help you win a court battle. Indeed, an expert opinion never hurts and may mean the difference between a successful lawsuit and being out thousands of dollars.