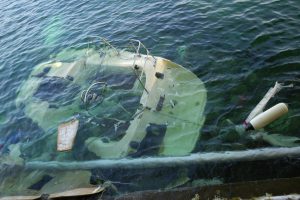 But first, a look at both:

The number of recreational boating accidents in 2015 was 4,158 (nationwide), leading to 2,613 injuries and 626 deaths. While these statistics are alarming, it is important to note that they have declined almost 50% since the late 1990s. For Florida specifically, the Florida Fish & Wildlife Commission found that there were 704 reportable accidents, with 44% of the accidents being collisions. 160 collisions were with another boat, and 148 were collisions with a fixed object. Falling overboard was the primary cause of fatalities in boating accidents, and the property damage total from these accidents reached over $8,000,000 in 2012.

Jurisdiction describes the region in which a court has authority. This authority can pertain to the geographical location, as well as the subject matter of a particular case or controversy. Jurisdiction works differently in boating cases than in car accidents. In car accidents, state courts have personal jurisdiction over everyone who resides in or does business within that state. If you’re both citizens of Florida and you have an accident, you will go to court in Florida. If you are citizens of different states and the amount in controversy exceeds $75,000 (meaning you are asking for damages of over $75,000), your case will go to a federal court, as the U.S. District Courts must hear the case in order to prevent the plaintiff or defendant from having “home field advantage.” This is known as diversity jurisdiction, and when it comes to car accidents, this is the most common way you’ll find yourself in federal court.

Jurisdiction within a boating accident is different because you’re out in the water and the geography is not as clear-cut as it is on land. Federal courts have “admiralty” jurisdiction in boating injury cases that took place in interstate navigable waters. Navigable waters are those not landlocked within a state. Federal courts have the original jurisdiction over these cases, and they do not have to arrive in federal court based on appeal. Admiralty jurisdiction isn’t relegated to commercial boats; it also can apply to recreational boating if the accident was related to maritime activity. Different courts have viewed the issue differently. Some believe that since recreational boaters follow the same “rules of the sea” as everyone else, they should be judged under the same laws, whereas other courts have held that federal admiralty jurisdiction should only apply in cases where there was a navigation error or negligence that caused the accident.

Maritime law and its effects on your case

As confusing as the legal jargon is, maritime law does have an effect on your case in comparison to the regular jurisdictional laws that apply to car accidents. States have concurrent jurisdiction to hear admiralty matters; you can pick your preferred forum and, if the defendant wishes to remove to federal court if you choose state court, he or she can do so. Damages under maritime law include compensatory (reimbursement) and punitive (deterrent) damages. Punitive damages are a little controversial, and only relatively recently allowed. The purpose of punitive damages is to hold the guilty party responsible for their actions and deter them from perpetrating the same conduct (as well as deter others from copying the offensive conduct).

Liability under the maritime law is governed under the Limitation of Liability Act, which was passed in 1851. A ship owner can limit their liability to the post-loss value of their vessel. Personal injury claims among others, are subject to this Act. An owner is entitled to benefit of the LLA if the claimants cannot establish that their injury was caused by acts of negligence or unseaworthiness of a vessel and, if negligence did cause the injury, that the ship’s owner did not know about the negligence. If both parts of this two-step analysis are not met, then the owner is entitled to the LLA, and the damages a plaintiff can collect in the event of a personal injury lawsuit are limited.