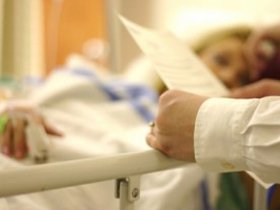 All hospitals are meant to provide the necessary treatment you need, and to do this, they have to ensure that the environment and the hospital itself are safe for you and your loved ones.

Unfortunately, this is not the case as it is possible to contract some diseases while in the hospital that could further compromise your health and make you sicker. According to the Center for Disease Control and Prevention, about one in 20 patients contracts an infection while in the hospital.

Unfortunately, more than 100,000 individuals die from these conditions. Common illnesses that anyone can get while in the hospital include urinary tract infection, bloodstream infections, lung infections like ventilator-associated pneumonia (VSA), surgical site or wound infections.

The number one culprit and cause of these illnesses is usually carelessness and negligence. You see, most doctors tend to move from patient to patient without any disinfecting or cleaning up.

This essentially makes them vectors of some of these dangerous microorganisms responsible for the majority of these conditions. In an instance where a doctor, nurse or hospital official acts nonchalantly about your health and wellbeing or that of your loved ones in the hospital, you could file a lawsuit against them.

Failure to Treat and Diagnose the Infections

Most times, doctors do everything in their power to keep patients protected from any diseases. However, when it happens, they may be able to spot it and treat the patient for it. If a patient notices that they have another disease that manifested few days or weeks after visiting the hospital, and there’s clearly no other cause for that infection, they can seek treatment at the hospital. If during that period, however, the medical personnel is unable to diagnose and treat the disease, then that would be grounds for a lawsuit against the hospital.

Many patients have died needlessly from doctor’s wrong diagnoses. If you or your loved one’s condition worsens particularly after diagnosis and while you are still receiving treatment, chances are that you were wrongly diagnosed.

For example, here’s an interesting scenario: A young man of 25 who entered a hospital with a swelling in the throat was initially diagnosed of having oropharyngeal abscess. The doctor recommended that they carry out a minor surgery where they would incise and drain the swelling.

When the patient was moved into the OR and sedated, the doctor found out that it was not an abscess as much as it was a tumor. So, he did an excisional biopsy and sent a sample to the lab. The pathologist carried out a test on the sample and discovered that the young patient had a case of nasopharyngeal cancer. However, after consulting with a consultant, it was determined that the young man had Non-Hodgkins Lymphoma.

Assuming that young man had been treated using the recommended chemo-radiation therapy as against the chemotherapy he received, it would have done more damage to him. This is especially considering the cancer was a stage 2 lymphoma and hadn’t metastasized, and would have been grounds for a lawsuit if the patient had found out that he was wrongly diagnosed.

This is the most irresponsible thing a medical practitioner can do. If there’s clear laxity on the part of the doctor, nurse and other medical staff or a general lackadaisical attitude regarding patient safety and safety protocols, then the hospital and its staff should be held responsible and liable for any illnesses or ailments that arise from that action.