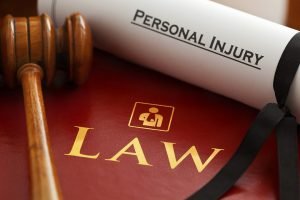 Many of the victims of vehicular accidents that happen every year aren’t the drivers, themselves, but rather their passengers. As a passenger, you are just as exposed to the risk of a car crash as anyone else. But it can be difficult to know how to take care of your expenses. Understanding who is liable and understand your rights when you’re in this situation will go a long way towards making sure you receive the care you deserve.

Passengers injured in an accident involving your vehicle can file compensation claims to pay their medical bills, settle damages, discomfort, pain, and recoup lost earnings — and they should. But in a typical two-car accident, the best practice for an injured passenger is to file a claim against both drivers. A passenger is almost never going to be found liable in any way, where at least one of the drivers will almost certainly be found to have at least some percentage of fault for the accident. This is the basic “third party” accident claim.

Thankfully, many states require drivers to have some sort of insurance coverage so that in the event of an accident, the driver or victims can access compensation up to the stipulated policy limits, for it will be the insurance policies of the at-fault driver that will be paying out for medical bills and lost wages.

Policyholders, too, can also file for compensation claims on their own policies on the following basis:

●    The at-fault party has no insurance.

●    No party was at fault — a good example of this is a deer jumping in front of a car or a manufacturing defect that leads to an accident.

As long as the accident wasn’t intentional and you weren’t at fault, it is possible to file for compensation claims. Please note, however, that often there are far lower payout limits in cases like this.

In fact, the insurance company will more often pay for repairs and cover documented medical expenses. Payments for lost working wages may be fiercely contested, and when filing a claim, the burden of proof as far as an insurance company is concerned falls squarely on you.

Similarly, if the at-fault driver is a relative or roommate, you may already be considered insured under the driver’s policy on that vehicle. In this case, you may not be in a position to file against them, and instead, will be filing as a covered individual on their policy.

Something to note about third party claims is that there isn’t much of a limit to the number of third parties that may eventually become involved. For example, if a car with four occupants is rear-ended and everyone is injured, the driver of the struck vehicle will file against the driver of the at-fault vehicle, but so will their three passengers. What those four people might not consider is that the limit on the at-fault policy will be divided amongst everyone with a valid claim. These kinds of claims can get messy, and frequently require a legal claim to sort out.

In the event that you have to file a third party lawsuit, with or without additional third parties involved, you may also find yourself caught in the middle of the insurance companies disputing the degree of liability their policyholders should absorb. If neither party is willing to agree on their degree of culpability in a manner that settles the entirety of your expenses and losses, you may need a personal injury lawyer to argue for your rights in court.

When You Need Legal Representation

As a third party in a car accident, your injuries should be covered by the insurance provider of one or more drivers — there are few circumstances where you, as a third party in an automobile accident, would be seen as liable. But if you find that your compensation is delayed or denied by an insurance company without justification, or you find that a liability dispute between insurance companies is complicating the resolution of your claim, call me to determine what your rights are for recovery.