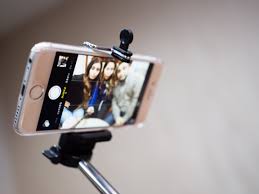 Travelers looking to visit the happiest place on earth beware. As of June 30th, Disney has banned selfie-sticks from all of their theme parks around the world. This prohibition is an extension of a previous ban that existed only on rides. As a consequence of this ban, anybody who tries to bring a selfie stick into the park will have to surrender the device to security at the gate. Although you can retrieve it later, Disney recommends leaving the stick in your car or hotel room.

Disney is not alone in the ban. Soccer stadiums in England, the Kentucky Derby, and New York’s Metropolitan Museum of Art have all instituted bans over the years. The question for enthusiasts of self-photography is, of course, why. These locations happen to be perfect for selfies, so the ban may prove frustrating or travelers hoping to preserve these precious memories. However, there is an excellent reason for the ban, which will be detailed as follows.

In any gathering spot, there are bound to be displays of some sort. Whether these displays are relics, monuments, or even just something the staff put together for fun, they have some value. Too often, people taking selfies are not paying attention to where they are swinging that long metal pole. As a result, while moving around for the perfect shot, the selfie stick may slam into something valuable. This costs businesses money in the long run. Thus, to protect their assets, selfie sticks have been banned.

While the destruction of property is a concern, an even greater danger is the harm these sticks may bring to guests. While focused on the camera, somebody taking a selfie may not be aware of the people around them. The consequence of this is that while positioning for a shot, somebody is going to get hit in the head. The chances of this happening increase as the venue becomes more and more crowded.

Premises liability makes the consequences of these injuries murkier. In general, if you are injured due to the carelessness of another park guest, that guest is liable and not the park. However, one could also make the argument that once it became apparent that the use of selfie sticks are causing harm to park patrons, that Disney has the duty to restrict their use. The selfie stick ban thus frees Disney from any potential liability from injuries resulting from these poles so long as they enforce the ban.

If one guest injures another due to carelessness, the courts will rule that the individuals who caused the damage and not the property owner are liable. Workman’s compensation claims are a different matter entirely. If a staff member is injured while on the job due to a selfie stick hitting him in the head, the employer is liable for the workman’s compensation claim. In addition to medical costs, the employer also has to accommodate time off. The loss of that employee could open up holes in maintenance or park security, thus creating more issues. The costs associated with employee injury due to a careless patron make it more cost effective to ban the sticks than to absorb the costs of potential lawsuits.

While the Disney ban on selfie sticks may be inconvenient to travelers, there are some very good reasons for the ban. The potential for injury to staff, patrons, and damage to property are all excellent reasons to remove the items entirely. Remember that park owners have a responsibility to protect you from harm. If they should ever fail in this duty, you are advised to seek legal counsel to get the compensation you deserve.