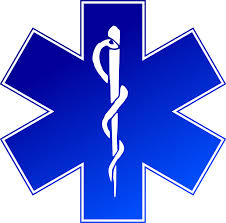 When it comes to the issue of health and wellness, there’s no room for any error. Medical and pharmacy errors in particular can have very severe and damning consequences for both the patients and the healthcare providers.

Unlike in the past when all pharmacists had to do was just dispense drugs prescribed by the doctors –which, of course, made them less liable in the event of any adverse drug reactions – pharmacists are now required to play a bigger role in healthcare.

In fact, recent studies suggest that pharmacy negligence and errors are vastly underreported and that about 3% of all hospital admissions are due to medication errors caused by the pharmacist’s oversight or mistake in dosage or prescription. In the US alone, the amounts of prescriptions filled are often in excess of 3.5 billion a year. Furthermore, of these cases, about 1.1 billion are filled at a local pharmacy or nearby Walgreens.

It is suspected that the main reason pharmacist negligence is grossly underreported is because people are uninformed about the possibility of such mistakes and tend to take the pharmacists’ word for it. Pharmacists who are involved in errors often have one or more of the following situations happening through their involvement:

In order to prove that the pharmacist was indeed negligent, the following elements must be present in your case.

This is a service the pharmacist owes the patient. A pharmacist is meant to correctly fill the patient’s prescriptions, counsel the patient on drug use and provide the best drug regimens. While the law concerning these requirements differs from state to state, the underlying agreement is that the pharmacist will at least ensure that any foreseeable harm as a result of his drug prescription is prevented.

In this element, it must be clear to all parties that the pharmacist clearly breached his duty and didn’t do his job appropriately. To determine this, one of two conditions must have happened:

Harm or Injury as a Result of Negligence

Finally, there must be definite proof that you suffered an injury because the pharmacist acted in a negligent manner and no other underlying condition. In other words, your injury must solely be as a result of the pharmacist’s carelessness or negligence. To prove this, you must present physical evidence that you suffered untold hardship as a result of only the drug and nothing else.

If you suspect that you may have been a victim and need more clarity about this, call our office (or a local area attorney if you are outside the Central Florida area). We will be able to advise you and explain your rights under the law.